Christian faith has appeared to many an easy thing; nay, not a few even reckon it among the social virtues, as it were; and this they do because they have not made proof of it experimentally, and have never tasted of what efficacy it is.

For it is not possible for any man to write well about it, or to understand well what is rightly written, who has not at some time tasted of its spirit, under the pressure of tribulation; while he who has tasted of it, even to a very small extent, can never write, speak, think, or hear about it sufficiently. For it is a living fountain, springing up into eternal life, as Christ calls it in John iv. 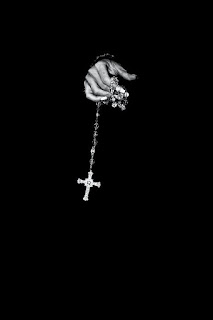 Now, though I cannot boast of my abundance, and though I know how poorly I am furnished, yet I hope that, after having been vexed by various temptations, I have attained some little drop of faith, and that I can speak of this matter, if not with more elegance, certainly with more solidity, than those literal and too subtle disputants who have hitherto discoursed upon it without understanding their own words.

That I may open then an easier way for the ignorant—for these alone I am trying to serve—I first lay down these two propositions, concerning spiritual liberty and servitude:— A Christian man is the most free lord of all, and subject to none;

a Christian man is the most dutiful servant of all, and subject to every one. Although these statements appear contradictory, yet, when they are found to agree together, they will make excellently for my purpose. They are both the statements of Paul himself, who says, “Though I be free from all men, yet have I made myself servant unto all” (1 Cor. ix. 19), and “Owe no man anything, but to love one another” (Rom. xiii. 8).

Now love is by its own nature dutiful and obedient to the beloved object. Thus even Christ, though Lord of all things, was yet made of a woman; made under the law; at once free and a servant; at once in the form of God and in the form of a servant. Let us examine the subject on a deeper and less simple principle.

The Apostle speaks of this: “Though our outward man perish, yet the inward man is renewed day by day” (2 Cor. iv. 16). The result of this diversity is that in the Scriptures opposing statements are made concerning the same man, the fact being that in the same man these two men are opposed to one another; the flesh lusting against the spirit, and the spirit against the flesh (Gal. v. 17).

We first approach the subject of the inward man, that we may see by what means a man becomes justified, free, and a true Christian; that is, a spiritual, new, and inward man. It is certain that absolutely none among outward things, under whatever name they may be reckoned, has any influence in producing Christian righteousness or liberty, nor, on the other hand, unrighteousness or slavery.

This can be shown by an easy argument. What can it profit the soul that the body should be in good condition, free, and full of life; that it should eat, drink, and act according to its pleasure; when even the most impious slaves of every kind of vice are prosperous in these matters? Again, what harm can ill-health, bondage, hunger, thirst, or any other outward evil, do to the soul, when even the most pious of men and the freest in the purity of their conscience, are harassed by these things?

Neither of these states of things has to do with the liberty or the slavery of the soul. And so it will profit nothing that the body should be adorned with sacred vestments, or dwell in holy places, or be occupied in sacred offices, or pray, fast, and abstain from certain meats, or do whatever works can be done through the body and in the body. Something widely different will be necessary for the justification and liberty of the soul, since the things I have spoken of can be done by any impious person, and only hypocrites are produced by devotion to these things. On the other hand,

it will not at all injure the soul that the body should be clothed in profane raiment, should dwell in profane places, should eat and drink in the ordinary fashion, should not pray aloud, and should leave undone all the things above mentioned, which may be done by hypocrites.

And, to cast everything aside, even speculation, meditations, and whatever things can be performed by the exertions of the soul itself, are of no profit. One thing, and one alone, is necessary for life, justification, and Christian liberty; and that is the most holy word of God, the Gospel of Christ, as He says, “I am the resurrection and the life; he that believeth in Me shall not die eternally” (John xi. 25), and also, “If the Son shall make you free, ye shall be free indeed” (John viii. 36), and, “Man shall not live by bread alone, but by every word that proceedeth out of the mouth of God” (Matt. iv. 4). Let us therefore hold it for certain and firmly established that the soul can do without everything except the word of God, without which none at all of its wants are provided for.

But, having the word, it is rich and wants for nothing, since that is the word of life, of truth, of light, of peace, of justification, of salvation, of joy, of liberty, of wisdom, of virtue, of grace, of glory, and of every good thing. It is on this account that the prophet in a whole Psalm (Psalm cxix.), and in many other places, sighs for and calls upon the word of God with so many groanings and words.

Again, there is no more cruel stroke of the wrath of God than when He sends a famine of hearing His words (Amos viii. 11), just as there is no greater favour from Him than the sending forth of His word, as it is said, “He sent His word and healed them, and delivered them from their destructions” (Psalm cvii. 20). Christ was sent for no other office than that of the word; and the order of Apostles, that of bishops, and that of the whole body of the clergy, have been called and instituted for no object but the ministry of the word.

But you will ask, What is this word, and by what means is it to be used, since there are so many words of God? I answer, The Apostle Paul (Rom. i.) explains what it is, namely the Gospel of God, concerning His Son, incarnate, suffering, risen, and glorified, through the Spirit, the Sanctifier. To preach Christ is to feed the soul, to justify it, to set it free, and to save it, if it believes the preaching. For faith alone and the efficacious use of the word of God, bring salvation. “If thou shalt confess

with thy mouth the Lord Jesus, and shalt believe in thine heart that God hath raised Him from the dead, thou shalt be saved” (Rom. x. 9); and again, “Christ is the end of the law for righteousness to every one that believeth” (Rom. x. 4), and “The just shall live by faith” (Rom. i. 17). For the word of God cannot be received and honoured by any works, but by faith alone.

Hence it is clear that as the soul needs the word alone for life and justification, so it is justified by faith alone, and not by any works. For if it could be justified by any other means, it would have no need of the word, nor consequently of faith. But this faith cannot consist at all with works; that is, if you imagine that you can be justified by those works, whatever they are, along with it.

For this would be to halt between two opinions, to worship Baal, and to kiss the hand to him, which is a very great iniquity, as Job says. Therefore, when you begin to believe, you learn at the same time that all that is in you is utterly guilty, sinful, and damnable, according to that saying, “All have sinned, and come short of the glory of God” (Rom. iii. 23), and also: “There is none righteous, no, not one; they are all gone out of the way; they are together become unprofitable: there is none that doeth good, no, not one” (Rom. iii. 10�12).

When you have learnt this, you will know that Christ is necessary for you, since He has suffered and risen again for you, that, believing on Him, you might by this faith become another man, all your sins being remitted, and you being justified by the merits of another, namely of Christ alone. Since then this faith can reign only in the inward man, as it is said, “With the heart man believeth unto righteousness” (Rom. x. 10); and since it alone justifies, it is evident that by no outward work or labour can the inward man be at all justified, made free, and saved; and that no works whatever have any relation to him.

And so, on the other hand, it is solely by impiety and incredulity of heart that he becomes guilty and a slave of sin, deserving condemnation, not by any outward sin or work. Therefore the first care of every Christian ought to be to lay aside all reliance on works, and strengthen his faith alone more and more, and by it grow in the knowledge, not of works, but of Christ Jesus, who has suffered and risen again for him, as Peter teaches (1 Peter v.) when he makes no other work to be a Christian one.

Thus Christ, when the Jews asked Him what they should do that they might work the works of God, rejected the multitude of works, with which He saw that they were puffed up, and commanded them one thing only, saying, “This is the work of God: that ye believe on Him whom He hath sent, for Him hath God the Father sealed” (John vi. 27, 29). Hence a right faith in Christ is an incomparable treasure, carrying with it universal salvation and preserving from all evil, as it is said, “He that believeth and is baptised shall be saved; but he that believeth not shall be damned” (Mark xvi. 16). Isaiah, looking to this treasure, predicted, “The consumption decreed shall overflow with righteousness.

For the Lord God of hosts shall make a consumption, even determined (verbum abbreviatum et consummans), in the midst of the land” (Isa. x. 22, 23). As if he said, “Faith, which is the brief and complete fulfilling of the law, will fill those who believe with such righteousness that they will need nothing else for justification.” Thus, too, Paul says, “For with the heart man believeth unto righteousness” (Rom. x. 10). But you ask how it can be the fact that faith alone justifies, and affords without works so great a treasure of good things, when so many works, ceremonies, and laws are prescribed to us in the Scriptures? I answer, Before all things bear in mind what I have said: that faith alone without works justifies, sets free, and saves, as I shall show more clearly below.

Meanwhile it is to be noted that the whole Scripture of God is divided into two parts: precepts and promises. The precepts certainly teach us what is good, but what they teach is not forthwith done. For they show us what we ought to do, but do not give us the power to do it. They were ordained, however, for the purpose of showing man to himself, that through them he may learn his own impotence for good and may despair of his own strength.