We have already spoken, in the first chapter, on the identities existing in all the religions of the world, and we have seen that out of a study of these identities in beliefs, symbolisms, rites, ceremonies, histories, and commemorative festivals, has arisen a modern school which relates the whole of these to a common source in human ignorance, and in a primitive explanation of natural phenomena. 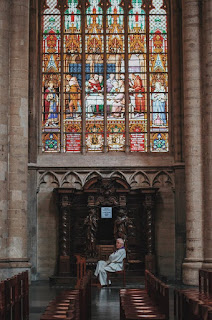 From these identities have been drawn weapons for the stabbing of each religion in turn, and the most effective attacks on Christianity and on the historical existence of its Founder have been armed from this source. On entering now on the study of the life of the Christ, of the rites of Christianity, its sacraments, its doctrines, it would be fatal to ignore the facts marshalled by Comparative Mythologists. Rightly understood,

they may be made serviceable instead of mischievous. We have seen that the Apostles and their successors dealt very freely with the Old Testament as having an allegorical and mystic sense far more important than the historical, though by no means negating it, and that they did not scruple to teach the instructed believer that some of the stories that were apparently historical were really purely allegorical. Nowhere, perhaps, is it more necessary to understand this than when we are studying the story of Jesus, surnamed the Christ, for when we do not disentangle the intertwisted threads,

and see where symbols have been taken as events, allegories as histories, we lose most of the instructiveness of the narrative and much of its rarest beauty. We cannot too much insist on the fact that Christianity gains, it does not lose, when knowledge is added to faith and virtue, according to the apostolic injunction.

Men fear that Christianity will be weakened when reason studies it, and that it is "dangerous" to admit that events thought to be historical have the deeper significance of the mythical or mystical meaning. It is, on the contrary, strengthened, and the student finds, with joy, that the pearl of great price shines with a purer, clearer lustre when the coating of ignorance is removed and its many colours are seen.

There are two schools of thought at the present time, bitterly opposed to each other, who dispute over the story of the great Hebrew Teacher. According to one school there is nothing at all in the accounts of His life save myths and legends—myths and legends that were given as explanations of certain natural phenomena, survivals of a pictorial way of teaching certain facts of nature,

of impressing on the minds of the uneducated certain grand classifications of natural events that were important in themselves, and that lent themselves to moral instruction. Those who endorse this view form a well-defined school to which belong many men of high education and strong intelligence, and round them gather crowds of the less instructed, who emphasise with crude vehemence the more destructive elements in their pronouncements.

This school is opposed by that of the believers in orthodox Christianity, who declare that the whole story of Jesus is history, unadulterated by legend or myth. They maintain that this history is nothing more than the history of the life of a man born some nineteen centuries ago in Palestine, who passed through all the experiences set down in the Gospels, and they deny that the story has any significance beyond that of a divine and human life. These two schools stand in direct antagonism, one asserting that everything is legend, the other declaring that everything is history. Between them lie many phases of opinion generally labelled "freethinking,"

which regard the life-story as partly legendary and partly historical, but offer no definite and rational method of interpretation, no adequate explanation of the complex whole. And we also find, within the limits of the Christian Church, a large and ever-increasing number of faithful and devout Christians of refined intelligence, men and women who are earnest in their faith and religious in their aspirations, but who see in the Gospel story more than the history of a single divine Man.

They allege—defending their position from the received Scriptures—that the story of the Christ has a deeper and more significant meaning than lies on the surface; while they maintain the historical character of Jesus, they at the same time declare that The Christ is more than the man Jesus, and has a mystical meaning. In support of this contention they point to such phrases as that used by S. Paul: "My little children, of whom I travail in birth again again until Christ be formed in you";[159] here S. Paul obviously cannot refer to a historical Jesus, but to some forthputting from the human soul which is to him the shaping of Christ therein. Again the same teacher declares that though he had known Christ after the flesh yet from henceforth he would know him thus no more;

obviously implying that while he recognised the Christ of the flesh—Jesus—there was a higher view to which he had attained which threw into the shade the historical Christ. This is the view which many are seeking in our own days, and—faced by the facts of Comparative Religion, puzzled by the contradictions of the Gospels,

confused by problems they cannot solve so long as they are tied down to the mere surface meanings of their Scripture—they cry despairingly that the letter killeth while the spirit giveth life, and seek to trace some deep and wide significance in a story which is as old as the religions of the world, and has always served as the very centre and life of every religion in which it has reappeared. These struggling thinkers, too unrelated and indefinite to be spoken of as forming a school, seem to stretch out a hand on one side to those who think that all is legend, asking them to accept a historical basis; on the other side they say to their fellow Christians that there is a growing danger lest, in clinging to a literal and unique meaning, which cannot be defended before the increasing knowledge of the day, the spiritual meaning should be entirely lost. There is a danger of losing "the story of the Christ,"

with that thought of the Christ which has been the support and inspiration of millions of noble lives in East and West, though the Christ be called by other names and worshipped under other forms; a danger lest the pearl of great price should escape from our hold, and man be left the poorer for evermore.

What is needed, in order that this danger may be averted, is to disentangle the different threads in the story of the Christ, and to lay them side by side—the thread of history, the thread of legend, the thread of mysticism. These have been intertwined into a single strand, to the great loss of the thoughtful, and in disentangling them we shall find that the story becomes more, not less, valuable as knowledge is added to it, and that here, as in all that is basically of the truth, the brighter the light thrown upon it the greater the beauty that is revealed.