THE PATRISTIC POINT OF VIEW

THE PATRISTIC POINT OF VIEW

The philosophy of the Greeks during the first century of our era presents a great contrast to that of the age of Socrates, Plato and Aristotle. No longer do we find men engaged in the processes of positive, constructive thought, but we have presented to our view an age of retrospection, of literary criticism, and, to a great extent, of intellectual exhaustion. 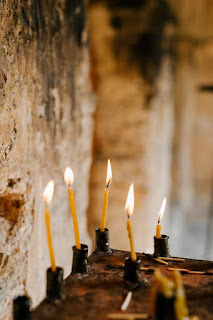