The Testimony of the Church

The Testimony of the Church

While it may be that some would be willing to admit the possession by the Apostles and their immediate successors of a deeper knowledge of spiritual things than was current among the masses of the believers around them, few will probably be willing to take the next step, and, leaving that charmed circle, accept as the depository of their sacred learning the Mysteries of the Early Church. Yet we have S. Paul providing for the transmission of the unwritten teaching, himself initiating S. Timothy, and instructing S. 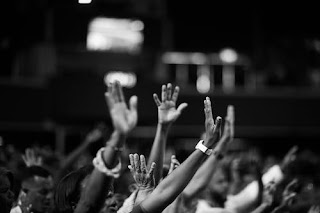 Timothy to initiate others in his turn, who should again hand it on to yet others. We thus see the provision of four successive generations of teachers, spoken of in the Scriptures themselves, and these would far more than overlap the writers of the Early Church, who bear witness to the existence of the Mysteries. For among these are pupils of the Apostles themselves, though the most definite statements belong to those removed from the Apostles by one intermediate teacher. Now, as soon as we begin to study the writings of the Early Church, we are met by the facts that there are allusions which are only intelligible by the existence of the Mysteries, and then statements that the Mysteries are existing. This might, of course, have been expected, seeing the point at which the New Testament leaves the matter, but it is satisfactory to find the facts answer to the expectation.

The first witnesses are those called the Apostolic Fathers, the disciples of the Apostles; but very little of their writings, and that disputed, remains. Not being written controversially, the statements are not as categorical as those of the later writers. Their letters are for the encouragement of the believers. Polycarp, Bishop of Smyrna, and fellow-disciple with Ignatius of S. John,[93] expresses a hope that his correspondents are "well versed in the sacred Scriptures and that nothing is hid from you; but to me this privilege is not yet granted"[94]—writing, apparently, before reaching full Initiation. Barnabas speaks of communicating "some portion of what I have myself received,"[95] and after expounding the Law mystically, declares that "we then, rightly understanding His commandments, explain them as the Lord intended."[96] Ignatius, Bishop of Antioch, a disciple of S. John,

speaks of himself as "not yet perfect in Jesus Christ. For I now begin to be a disciple, and I speak to you as my fellow-disciples,"[98] and he speaks of them as "initiated into the mysteries of the Gospel with Paul, the holy, the martyred."

Again he says: "Might I not write to you things more full of mystery? But I fear to do so, lest I should inflict injury on you who are but babes. Pardon me in this respect, lest, as not being able to receive their weighty import, ye should be strangled by them. For even I, though I am bound [for Christ] and am able to understand heavenly things, the angelic orders, and the different sorts of angels and hosts, the distinction between powers and dominions, and the diversities between thrones and authorities, the mightiness of the æons, and the pre-eminence of the cherubim and seraphim, the sublimity of the Spirit, the kingdom of the Lord, and above all the incomparable majesty of Almighty God—though I am acquainted with these things, yet am I not therefore by any means perfect, nor am I such a disciple as Paul or Peter."

This passage is interesting, as indicating that the organisation of the celestial hierarchies was one of the subjects in which instruction was given in the Mysteries. Again he speaks of the High Priest, the Hierophant, "to whom the holy of holies has been committed, and who alone has been entrusted with the secrets of God."

We come next to S. Clement of Alexandria and his pupil Origen, the two writers of the second and third centuries who tell us most about the Mysteries in the Early Church; though the general atmosphere is full of mystic allusions, these two are clear and categorical in their statements that the Mysteries were a recognised institution. Now S. Clement was a disciple of Pantænus, and he speaks of him and of two others, said to be probably Tatian and Theodotus, as "preserving the tradition of the blessed doctrine derived directly from the holy Apostles, Peter, James, John, and Paul,"

his link with the Apostles themselves consisting thus of only one intermediary. He was the head of the Catechetical School of Alexandria in A.D. 189, and died about A.D. 220. Origen, born about A.D. 185, was his pupil, and he is, perhaps, the most learned of the Fathers, and a man of the rarest moral beauty. These are the witnesses from whom we receive the most important testimony as to the existence of definite Mysteries in the Early Church. The Stromata, or Miscellanies, of S. Clement are our source of information about the Mysteries in his time. He himself speaks of these writings as a "miscellany of Gnostic notes, according to the true philosophy,"

and also describes them as memoranda of the teachings he had himself received from Pantænus. The passage is instructive: "The Lord ... allowed us to communicate of those divine Mysteries, and of that holy light, to those who are able to receive them. He did not certainly disclose to the many what did not belong to the many; but to the few to whom He knew that they belonged, who were capable of receiving and being moulded according to them. But secret things are entrusted to speech, not to writing, as is the case with God. And if one saythat it is written, 'There is nothing secret which shall not be revealed, nor hidden which shall not be disclosed,' let him also hear from us, that to him who hears secretly, even what is secret shall be manifested. This is what was predicted by this oracle. And to him who is able secretly to observe what is delivered to him, that which is veiled shall be disclosed as truth; and what is hidden to the many shall appear manifest to the few....

The Mysteries are delivered mystically, that what is spoken may be in the mouth of the speaker; rather not in his voice, but in his understanding.... The writing of these memoranda of mine, I well know, is weak when compared with that spirit, full of grace, which I was privileged to hear. But it will be an image to recall the archetype to him who was struck with the Thyrsus." The Thyrsus, we may here interject, was the wand borne by Initiates, and candidates were touched with it during the ceremony of Initiation. It had a mystic significance, symbolising the spinal cord and the pineal gland in the Lesser Mysteries, and a Rod, known to Occultists, in the Greater. To say, therefore, "to him who was struck with the Thyrsus" was exactly the same as to say, "to him who was initiated in the Mysteries." Clement proceeds: "We profess not to explain secret things sufficiently—far from it—but only to recall them to memory, whether we have forgot aught, or whether for the purpose of not forgetting. Many things, I well know, have escaped us, through length of time, that have dropped away unwritten.... There are then some things of which we have no recollection; for the power that was in the blessed men was great."

A frequent experience of those taught by the Great Ones, for Their presence stimulates and renders active powers which are normally latent, and which the pupil, unassisted, cannot evoke. "There are also some things which remained unnoted long, which have now escaped; and others which are effaced, having faded away in the mind itself, since such a task is not easy to those not experienced; these I revive in my commentaries. Some things I purposely omit, in the exercise of a wise selection, afraid to write what I guarded against speaking; not grudging—for that were wrong—but fearing for my readers, lest they should stumble by taking them in a wrong sense; and, as the proverb says, we should be found 'reaching a sword to a child.' For it is impossible that what has been written should not escape [become known], although remaining unpublished by me. But being always revolved, using the one only voice, that of writing, they answer nothing to him that makes enquiries beyond what is written; for they require of necessity the aid of some one, either of him who wrote, or of some one else who has walked in his footsteps. Some things my treatise will hint; on some it will linger; some it will merely mention. It will try to speak imperceptibly, to exhibit secretly, and to demonstrate silently."